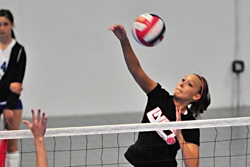 “Freshmen and seniors, there’s not a real big difference on the court,” said senior setter Kellie McNeil, the Panthers’ floor general who has committed to play at the University of Minnesota next season. “They do not seem like freshmen.”

McNeil singled out the play of freshmen Abby Monson, Alyssa Goehner and Taylr McNeil, each of whom played a big role in the Panthers’ unbeaten run through the premier preseason tournament in the state. All three played a regular rotation as eighth-graders last season, gaining experience while helping North to a 19-10 record. This year, the trio appears to have matured for the No. 2 AAA team in the Breakdown preseason rankings.

Monson was terrific on defense and displayed a tough serve that notched points for her team all day long. Goehner and the younger McNeil were powerful hitters who were called upon often.

“Playing with my sister is a lot of fun,” said Kellie McNeil. “She has a lot of really good shots and if I ask her to do something, she’ll take a swing at it.”

Alyssa Goehner admitted that she’s more confident this fall. And it should only make the Panthers tougher.

“Before I tried out last year, I was scared to be on team with seniors,” said Alyssa Goehner. “But it’s not bad, especially when you have good captains like Kellie, Paige (Leclerc) and Whitney (Abrahamson).”

Shakopee, ranked No. 12AAA in the Breakdown preseason poll, enjoyed an impressive run to get to the championship match. After graduating a big senior class last spring, including Miss Volleyball Ashley Wittman, the Sabers were a bit of an unknown. But they proved to be a tough out again. Shakopee raced through its first five matches unbeaten, including a three-game thriller (25-21, 13-25, 15-13) over Wayzata in the semifinals – a rematch of last year’s Class AAA state title tilt.

Lakeville North, meanwhile, also won its first five matches, including a straight-game victory over Wadena-Deer Creek in the semifinals (25-13, 25-12). The Wolverines, ranked No. 1AA, were the sole “small school” club to advance to the semifinals.

“It makes us really excited for the season,” admitted Kellie McNeil of the tournament victory. “That feeling of beating them assures us that we can get very far this year.” 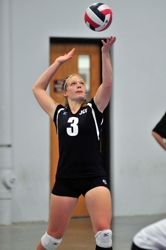 With the evening running late, the Silver Division championship match ended after just one game, with Jackson County Central taking a 25-14 victory over Hutchinson in a battle of Class AA powers. The Huskies beat defending Class A champion Bethlehem Academy and Class AAA Eden Prairie to reach the final. Hutchinson took down Class AAA schools Waconia and Blaine. 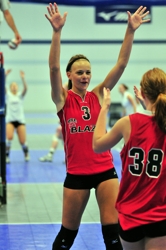 In the Bronze Division final, Belgrade-Brooten-Elrosa edged Nevis in two straight, 25-19, 25-13. The Jaguars defeated Win-E-Mac and Chaska to reach the final match, while Nevis beat Andover and Belle Plaine. 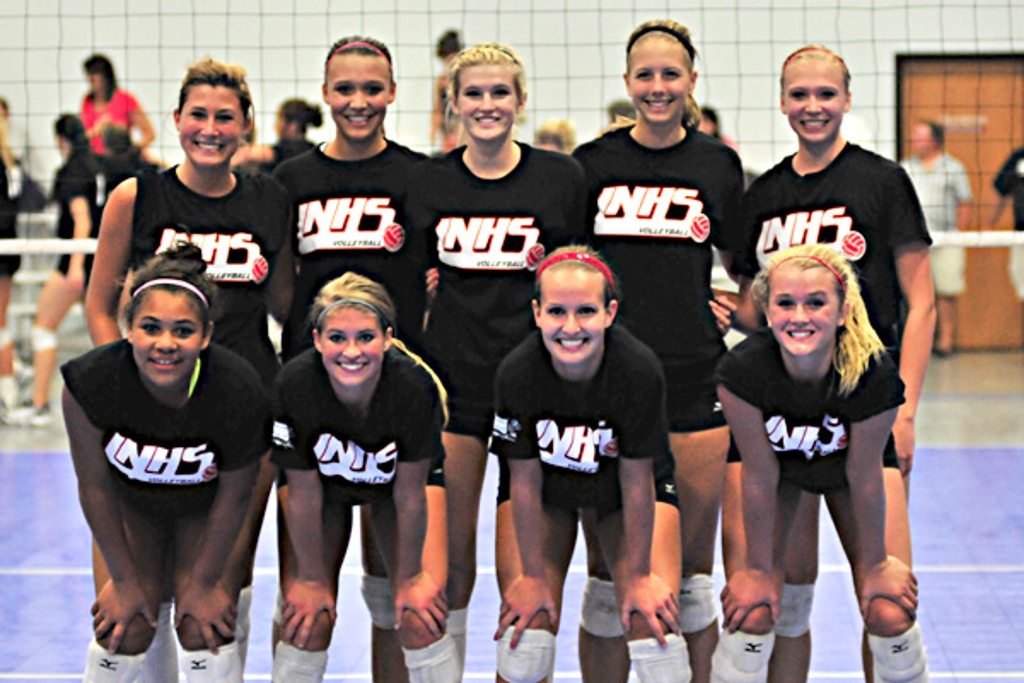